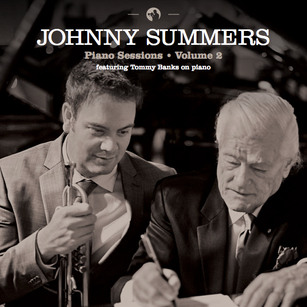 Half standards, and half originals penned by
Johnny and Tommy in the style of the Great American Songbook. 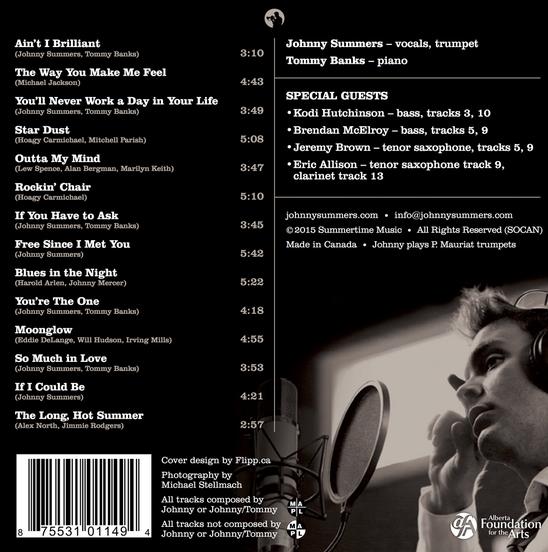 “The difference between them, generationally, is more substantial than either of them would probably care to discuss, but throughout the two are consistently on the same page musically, whether in composing and performing new songs together or reinterpreting the classics. As both trumpeter and vocalist, Johnny consistently runs off to some unexpected place or other, but whenever he gets there, he invariably finds that Tommy is already there, waiting for him. Ain’t that brilliant?”

“JOHNNY SUMMERS/Piano Sessions V. 2:  A swinging jazz vocalist that sings Johnny Mercer and Hoagy Carmichael and doesn’t try to ape Sinatra?  During Frank’s centennial?  That’s news by itself.  Proudly striking out to claim his own territory, Summers advances the art here in a sure-footed way that makes a good time for listener and singer.  Solid stuff that hits all the right notes as engineered by a passel of pros throughout, this is one ride you’re a fool not to enjoy.  Well done.”